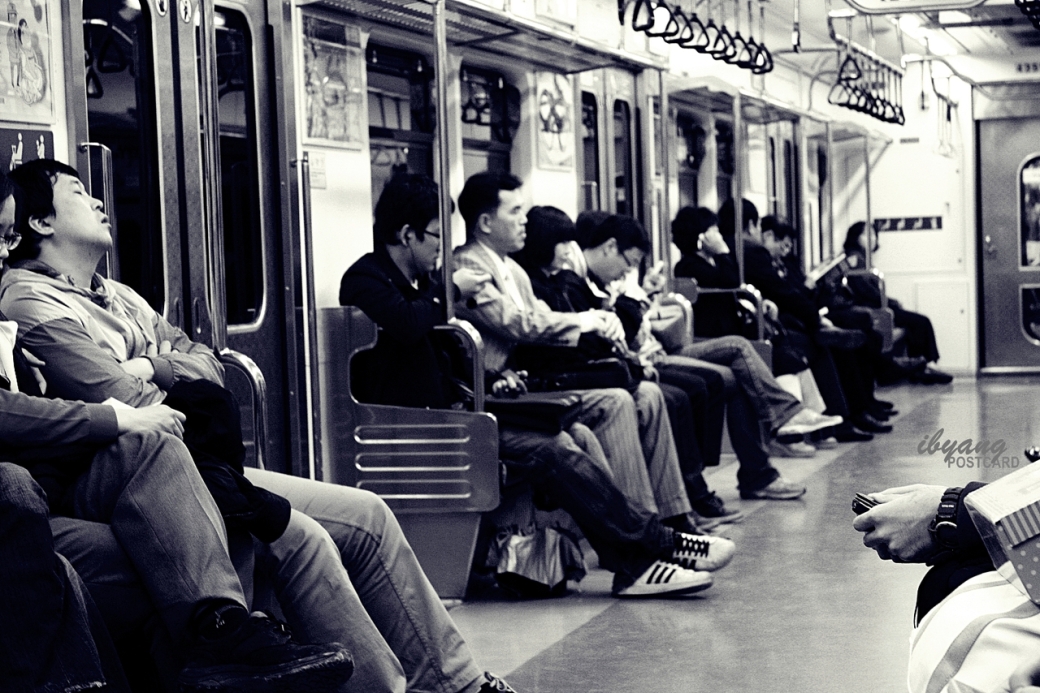 What most enticed me about South Korea are their 10 subway lines that operate in all major cities. In order to get around the cities, you should have a map of subway lines stations, the best help you can ever have, forget about talking to locals for direction. All subway stations are jam-packed with incredible touch screen ticket vending and deposit refund machines, interactive digital map of the city, whopping maps of the subway station, customer service personnel and boutiques and stores.

Other than advertisements of 2ne1 and memorization of stations of Line 1, 2 and 4, I was also fascinated about the local people inside the subway trains. Above is a photo of a man sleeping while others were trying hard not to sleep despite a stressful day of work.