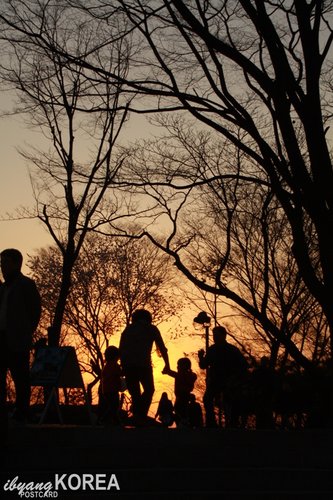 This photo is taken in the lobby area of N Seoul Tower where most people stroll around here. There are two big teddy bears, temple shrine, recycled statue (face shop bottles), bell-like monuments used for smoke signals, souvenir shops, grocery store and a lot more. (I already posted some on my previous phlog. This might go on forever.) People seem to be busy but they were actually waiting until everyone is allowed to go up to the peak of the tower and witness the 360 panoramic view of Seoul. Aaaahh… Being on this tower is a breathless experience.