Hello there, Reader! I thought I should drop by with bits of stories and photos of Yukon while I am still here getting fascinated by Dawson City’s unsettling beauty. 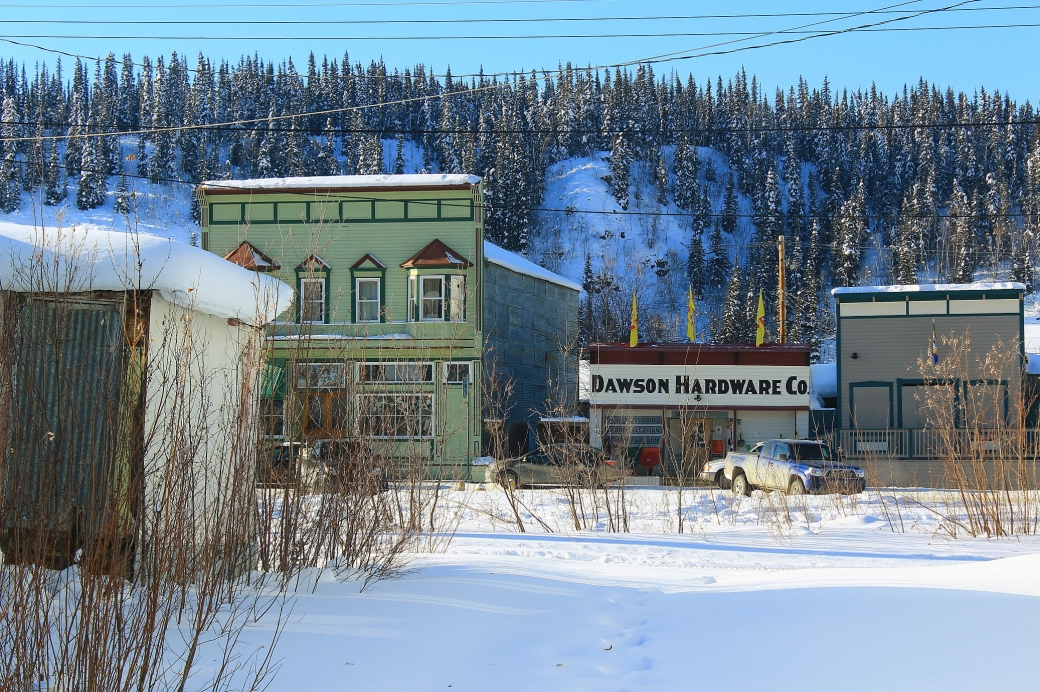 Four days ago I flew up from Saskatchewan to Yukon thru three domestic flights. The whole journey was amusing. There were very few travelers in Saskatoon airport. We could fill up one small airplane. When I arrived in Calgary I adjusted my watch one hour back. Lots of travelers there! And then flew to Vancouver and as soon as we landed I adjusted my watch one hour back again. Literally speaking, I was adding 2 hours in my lifetime hopping from one airplane to another. I was traveling back in time. Hashtag #TimeTraveler. 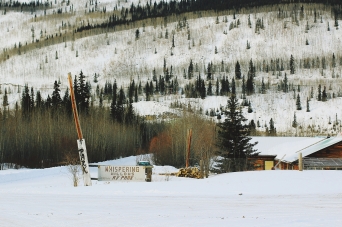 I stayed for a night in Whitehorse and then drove up north for 7-8 hours to Dawson City, few hours-drive neighbor of Fairbanks, Alaska. The scenic highway road of Klondike was mesmerising for like me who is not used to seeing knee-high snow, dried up snowed trees and landscapes of snow-capped mountains.

A bench looking over the frozen Yukon River

I’ve learned here that much of Dawson City history is interlaced with Alaska especially during the days before the Klondike Gold Rush. When gold was discovered in Yukon, people from nearby European provinces started to trail up here for money. Mining became the biggest thing ever in Yukon’s history. Gold seekers continued to rise up and they wanted to dig all possible gold they can get from long stretch of Tintina trench & Yukon river. With this abrupt “colonization” (if I must say) of natural resources, the Han people who were living along the Yukon River were bombarded by the visitors. Chief Isaac, the leader of Han people, stood up.

“Long time ago before the white man come along Yukon Indian was happy. Indian had plenty game, no trouble and was fat. White man comes and Indian go out and kill meat to feed him. Indian give white man clothes to wear and warm him by Indian fire. Byemby … million white man come and cut down Indian’s wood, kill Indian’s game, take Indian’s gold out of ground, give Indian nothing. Game all gone, wood all gone, Indian cold and hungry, white man no care.” – Chief Isaac

Chief Isaac is pretty amazing. His way of thinking is really appealing to me. Actually, he is one of my most loved characters in the history. I was in a very interesting conversation with Glenda of Dänojà Zho Cultural Centre about gold rush, language and culture (& our nieces) on my first day. 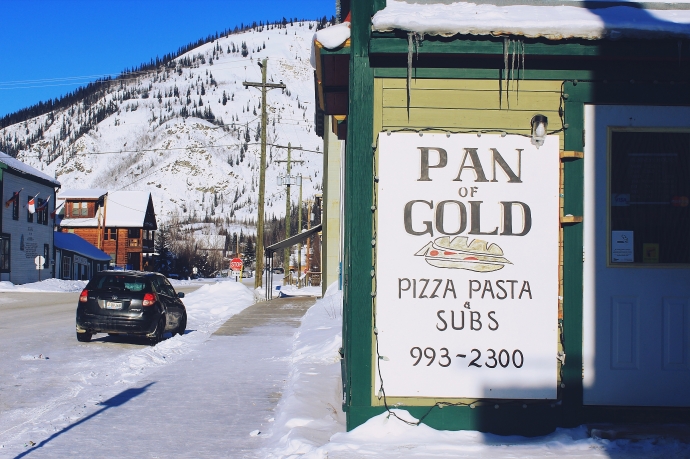 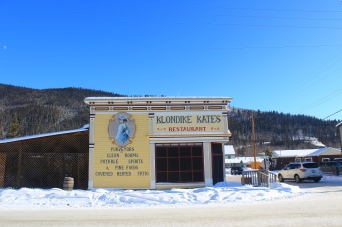 “It is interesting to learn how the people asked Alaska to keep their traditions and cultures intact while they try to win over their land from the visitors.”

“Yes. It is. It is one of the most loved stories we have. Come, I’ll show you around in the gallery.”

My outlook about culture is it is an evolving element of a group of people. It evolves depending on the influences of those around you, for example how colonizers affect your way of thinking or how your daily life changes with the tools or food you trade with neighboring communities. If you are not tenacious or even aware enough, your culture will change into something way different and we all know that change can be either good or bad.

Chief Isaac knew what will happen to his people if visitors continue to stay on their land.

And so he stood in the middle of who they are as Han people and what they can learn from the visitors. He moved his people away so to not learn alcoholism and greed. He led the preservation of their culture in Alaska. He always represented his people in assemblies with European visitors to purposely remind them they are only visitors and Han people are staying and will never leave their land. 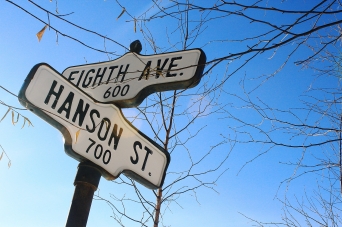 Chief Isaac’s persistence paved the way. Only recently, Han people who were living alongside with visitors in Dawson City and Moosehide claimed their land and even have their own position in federal and territorial elections. The Dawson City, where I am right now, has this welcoming nature to visitors. I didn’t come for gold, that’s for sure. Locals here make you feel “Hey! Come! Stay and live with us!”

I can’t even count how many times I’ve heard people here saying that visitors never leave. Most of them always stay for good.

Tomorrow I will be in Whitehorse!