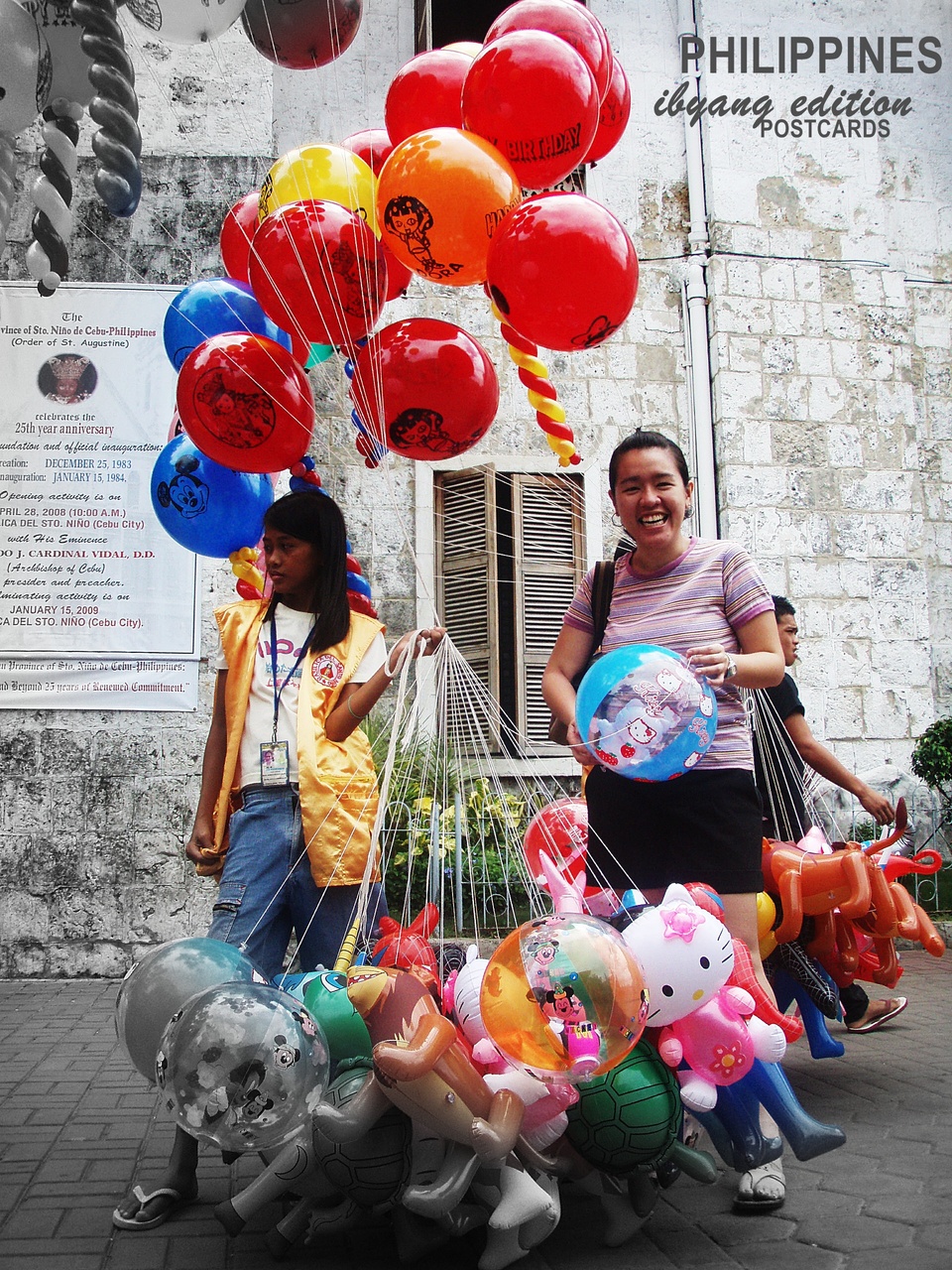 Ate Dawn, a high school friend of Ate, volunteered to tour us around Cebu City. The first spot is the Basilica del Santo Niño. This basilica is a 16th century church in Cebu which was built on the exact spot where the image of the Santo Niño, a sculpture depicting the Holy Child Jesus was founded by Spanish explorers in 1565.

The basilica, like other roman catholic churches, has a number of vendors one can have a bargain with over souvenirs and other fun stuffs. Above is my Ate having fun with the colored balloons outstanding the whole crowd of vendors.